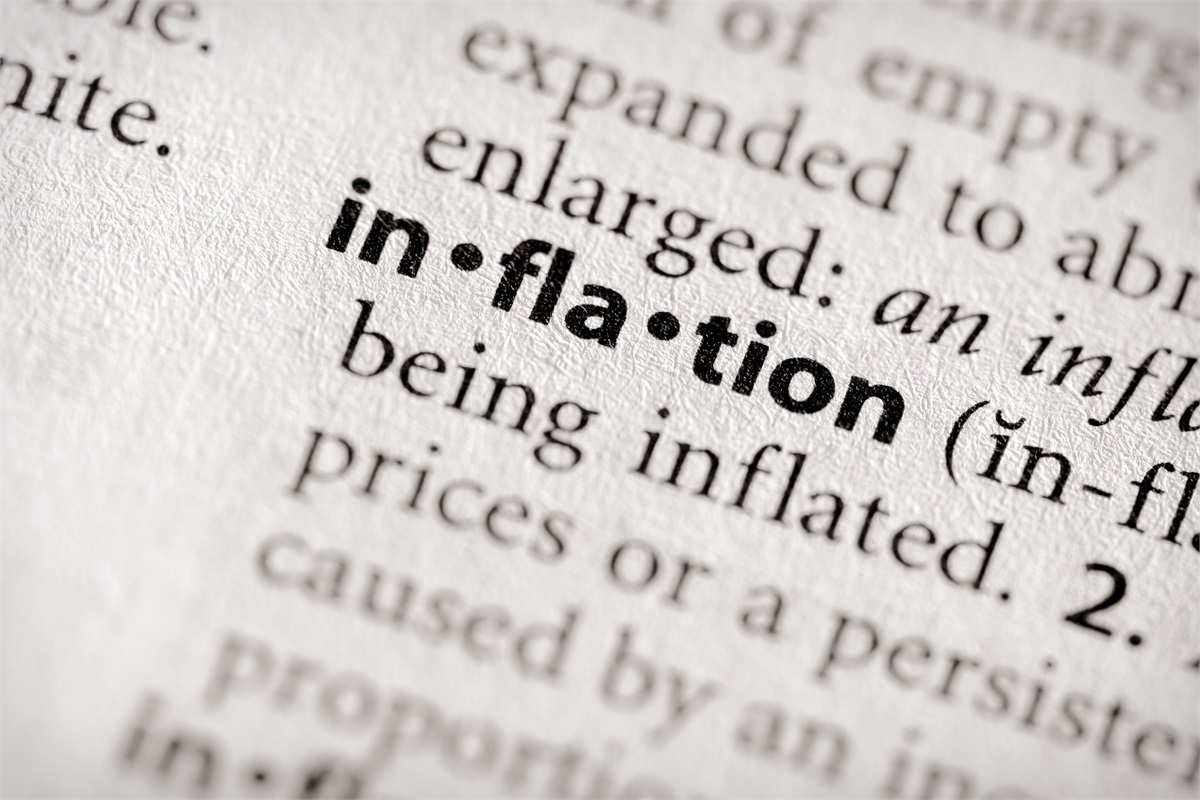 $50 burgers (should we worry about inflation?)

How much inflation can the country afford before we’re in trouble?

First, let’s get on the same page about some basics.

If you’ve noticed the price of a thing increasing over time (say, your favorite candy bar or the cost of college tuition), that’s inflation in action.

Economists use the broad increase (or decrease) in prices of goods and services across the country as a measure of economic health.

When inflation is stable and predictable, it’s a sign of a basically healthy, growing economy.

But, high inflation can quickly eat away at the purchasing power of your dollars, indicating that the economy might be overheated.

Deflation, or a decline in prices, can be a warning sign of a shrinking economy.

Could this be a worrisome sign that the economy is overheated? Could $50 burgers be in our future?

On the other hand, could it be a temporary blip caused by the economy emerging from the pandemic-driven slowdown, complicated by supply chain issues?

Are the headlines catastrophizing?

Let’s look at the data.

The Consumer Price Index (CPI), one of the major indexes economists use to track inflation, showed a surprising spike in April, igniting fears of runaway inflation.

Core CPI (which excludes the highly volatile categories of energy and food) showed a 0.9% increase in April month-over-month and 3.0% year-over-year. That’s much higher than the expected 0.3% and 2.3%, respectively.1

However, digging a bit deeper, we see that just two categories of goods (used cars and transportation services) accounted for the vast majority of the surge.2 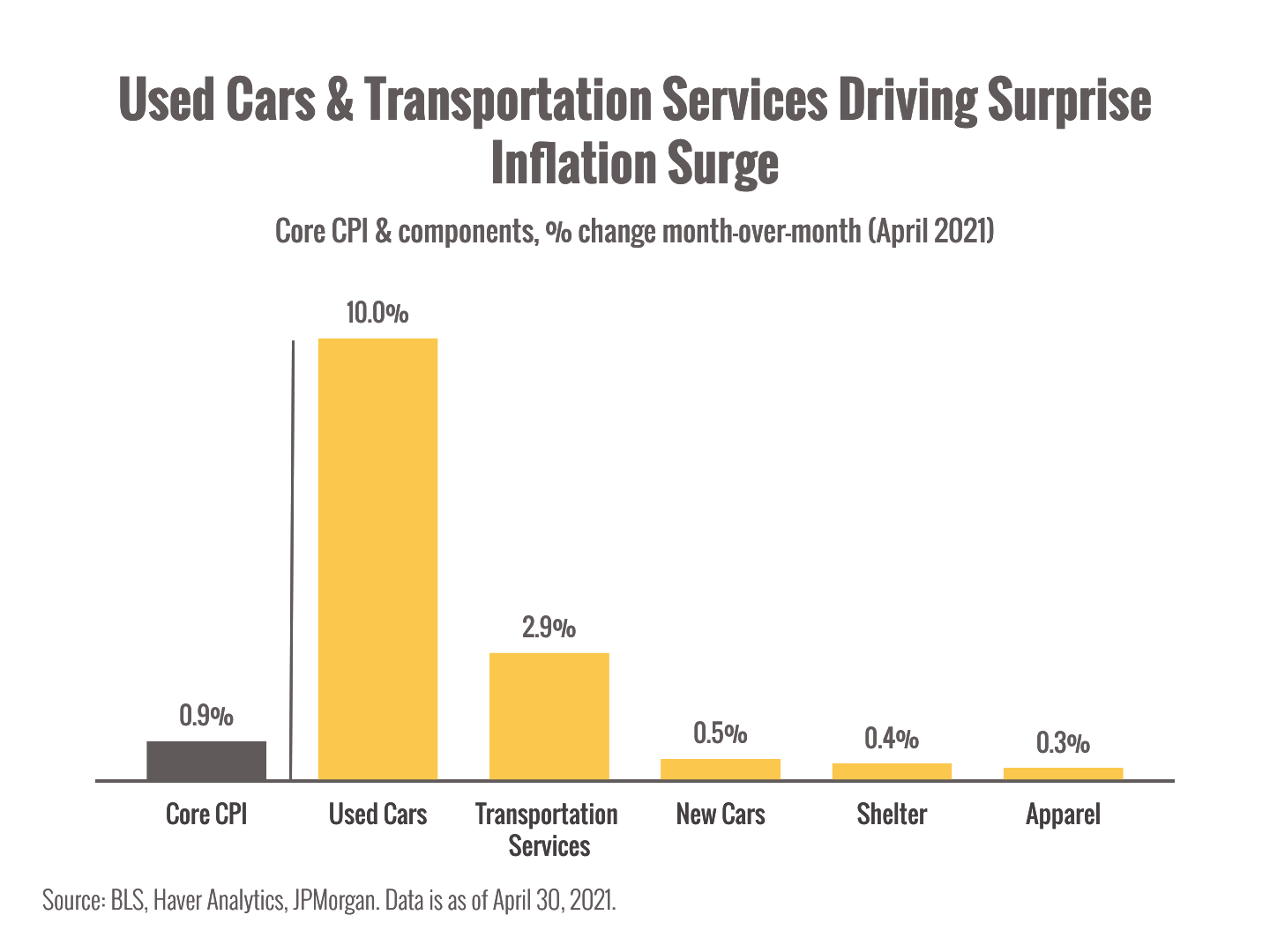 That suggests things like flights and train travel suddenly became more expensive after a year of rock-bottom prices.

Is that runaway inflation or the normalization of prices as the world reopens?

We can't tell from a single data point, but it's not unusual to see prices increase in sectors that experienced a severe slowdown last year.

And the jump in used car prices? Well, many folks are turning to the second-hand market right now, in part because new cars are caught up in global supply chain bottlenecks for things like semiconductors and raw materials.3

Inflation is something to keep an eye on, especially in a year when so many of the usual variables have been thrown into flux. An ongoing surge in prices could hurt our wallets as our dollars buy less over time.

However, a single monthly spike following a very weird period for the economy is not cause for alarm yet; we should prepare ourselves for more odd numbers coming out of different parts of the economy in the weeks and months to come.

Shortages of everything from ketchup to gasoline could lead to price increases and fluctuations as supply chains attempt to disentangle from pandemic disruptions.4

Should we expect markets to react to inflation (and other) headlines?

A negative market reaction is not surprising after weeks of strong performance. We should expect volatility ahead as we (and the economy) adjust to a post-pandemic world.

Bottom line: Expect the unexpected in 2021.