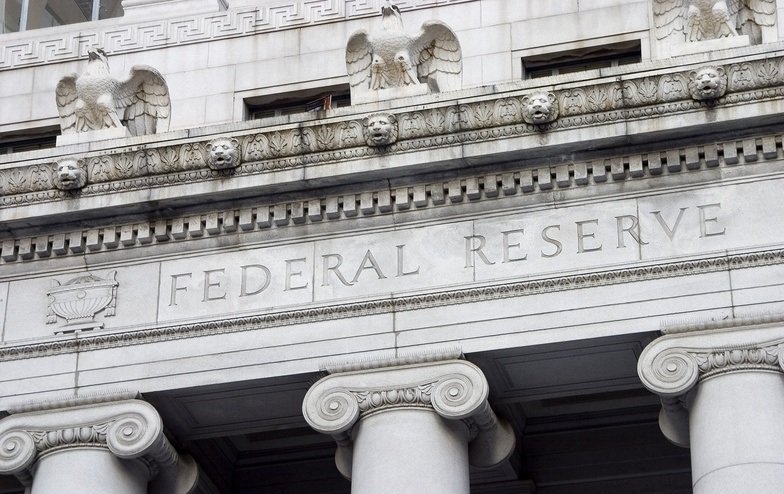 One big thing you may have heard about in the headlines is the Federal Reserve's hint that it might start "tapering" soon.1

Could the Fed's actions cause a correction or economic slowdown?

First of all, what does ”tapering” mean?

In econ-speak, tapering means winding down the pace of the assets Fed has been buying since last summer.

Why is it a big deal?

Well, the last time the Fed tapered in 2013, during the recovery from the 2008 financial crisis, markets panicked and pitched a "taper tantrum."2

That’s because traders worried that less Fed support would hurt fundamentals and potentially cause a market downturn.

Now, that old taper tantrum narrative is making folks worry that another market downturn could be ahead of us, especially with concerns about the delta variant.

Before we dive into what could happen, let's talk about where we are and how we got here.

When the pandemic started, the Fed slashed interest rates and began buying $120 billion a month in bonds and mortgage-backed securities to reduce interest rates, lower borrowing costs, and give businesses and the economy a boost.1 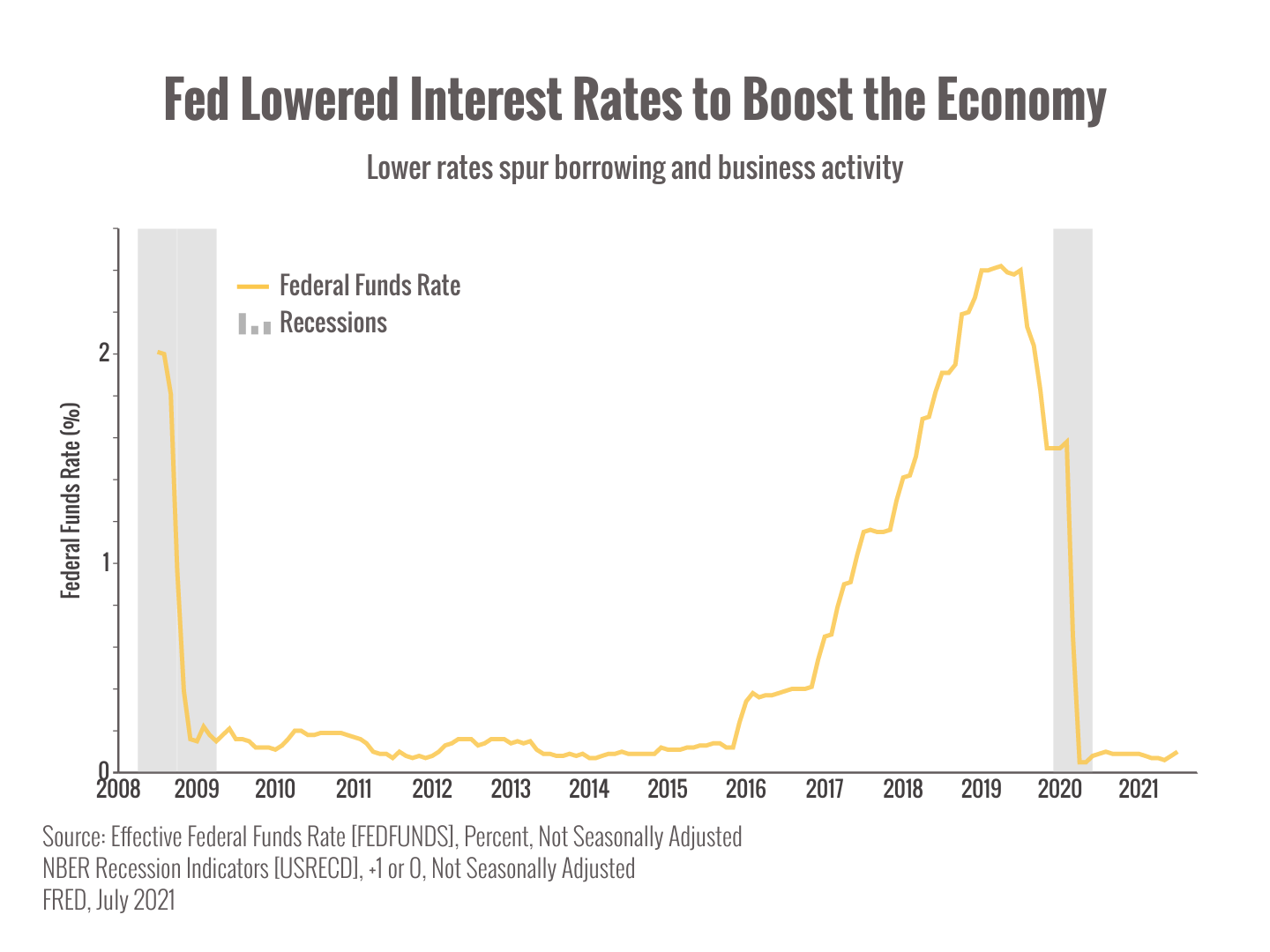 However, now that the economy is much stronger, the employment situation has improved, and inflation is a concern, the Fed wants to start paring back those asset purchases to return interest rates to a more "natural" level.

Obviously, we don’t know exactly when or how the Fed will decide to act, but analysts have some pretty good guesses.

The latest prediction by Bank of America suggests tapering could start this November as the Fed gradually pares back asset purchases through next year.1

The takeaway is that the Fed isn't going to stop buying assets and raise interest rates immediately.

It's going to gradually remove the support and see how the economy reacts.

So, will we see another taper correction?

The main reason folks worry about Fed reducing support is because of the effect higher interest rates could have on stocks, particularly companies that rely on borrowed money.

However, interest rates are just one piece of the puzzle. Economic fundamentals, earnings, and other factors also weigh on stock prices.

With the benefit of hindsight, we can see that the 2013 taper tantrum wasn't even that bad. The S&P 500 tumbled 5.8% over the course of a month but quickly recovered (the caveat here is always this: the past does not predict the future).2

I think the main reason markets declined last time was that investors hadn't experienced tapering before; they didn't have context for what the Fed would do.

Since we've seen this happen before fairly recently, I think that uncertainty is lessened.

However, we also have other worries to consider: a deteriorating crisis in Afghanistan, continued pandemic worries, and political wrangling over infrastructure.

Any of these factors could derail the bull market. 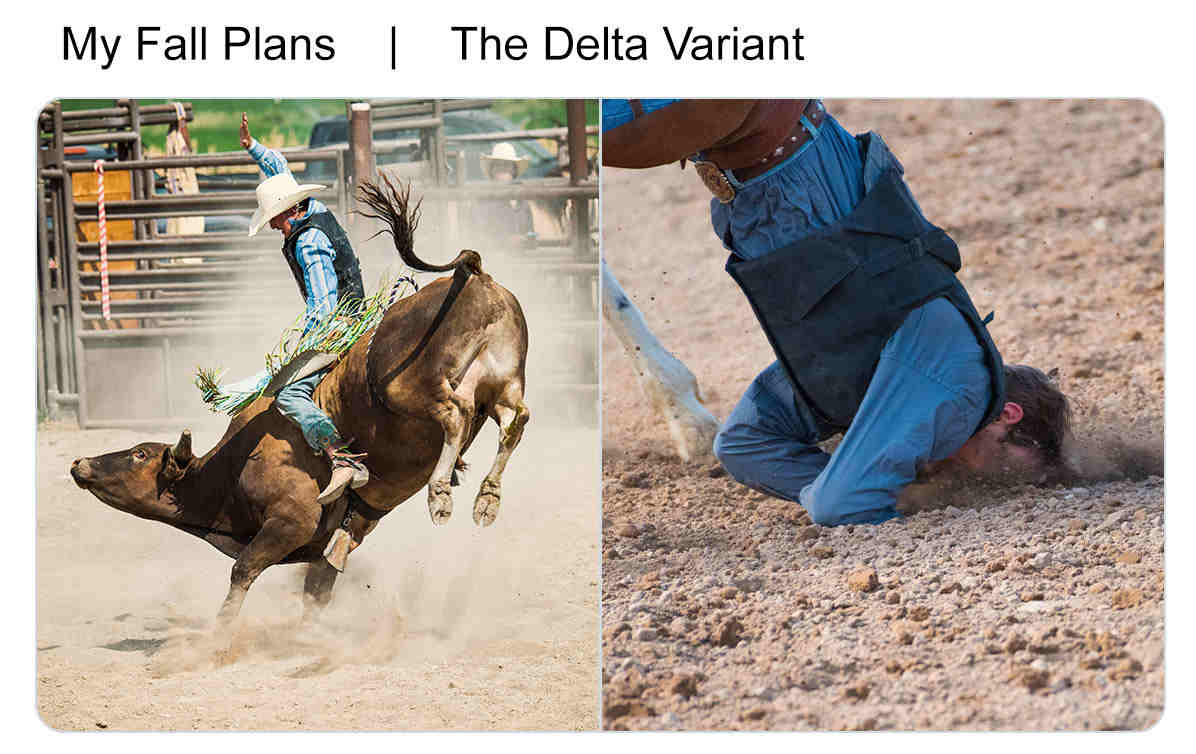 But it's not going to be the end of the world.

Corrections are always something we should expect. They happen regularly and are a natural part of markets.

The Fed is one more thing I'm keeping an eye on, I'll keep you informed on any significant changes.